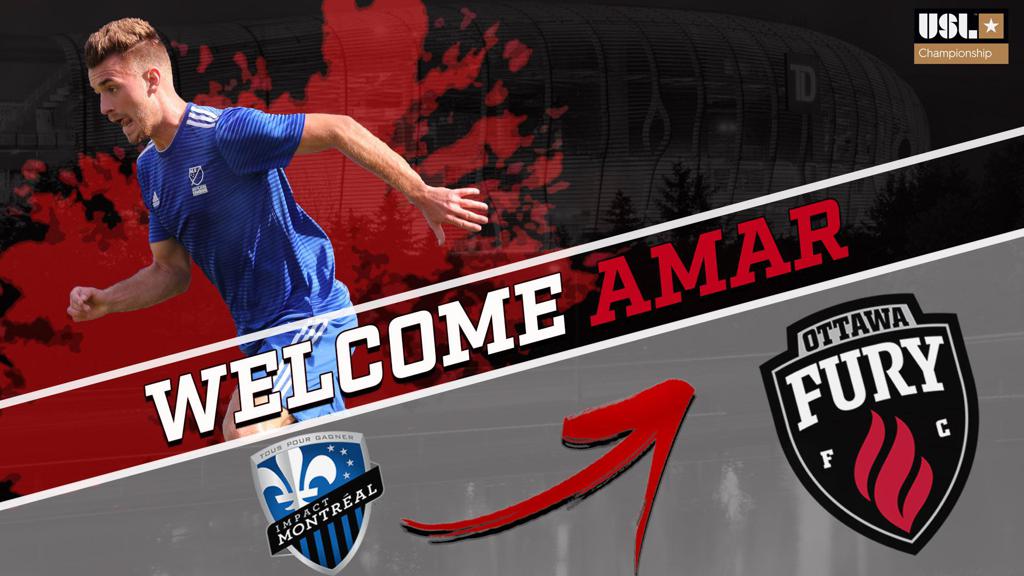 Ottawa Fury FC announced on Friday it will welcome midfielder Amar Sejdic on a year-long loan from the Montreal Impact. Sejdic signed with the Impact in March after being selected 34th overall in the 2019 MLS SuperDraft.

Sejdic is coming off a stellar 2018 season where he won the NCAA title with the University of Maryland, scoring the game’s lone goal from the penalty spot in the 57th minutes in his side’s 1-0 win over Akron. He was named the College Cup Most Valuable Player before declaring for the professional ranks.

The now 22-year old midfielder played 82 games with the University of Maryland Terrapins, scoring 22 goals and adding 16 assists. Sejdic was named to the First Team All-Big 10 Conference twice (2016 and 2018) and to the Second Team All-North Region by United Soccer Coaches in 2018.

Born in Berlin of Bosnian parents, Sejdic’s family moved to the United States when he was four. He now calls Louisville, Kentucky home and holds dual citizenship (US and Germany).

Kinumbe recalled to MLS club
The young Canadian defender turned forward Daniel Kinumbe has been recalled to Montreal by the Impact for an undetermined period. He will be unavailable for Fury FC as of this weekend when the Ottawa club hosts Altanta United 2 at TD Place on Sunday (2 p.m.).