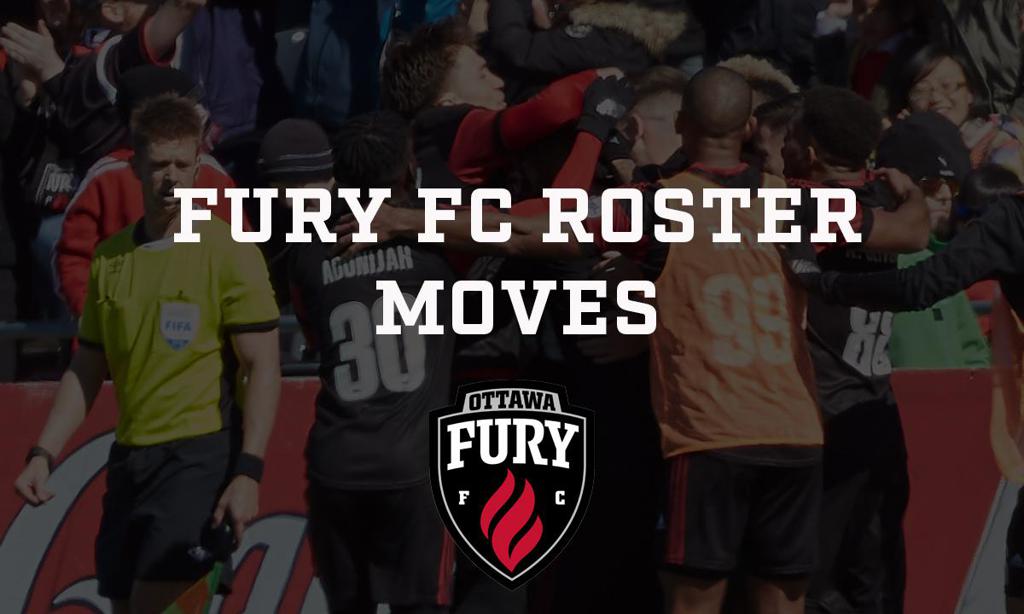 With the 2018 season coming to an end last week, Ottawa Fury FC General Manager Julian de Guzman wasted no time embarking on a comprehensive roster evaluation and review ahead of the 2019 USL season.

Following individual meetings with every member of his squad to review contract statuses, de Guzman, assisted by Head Coach Nikola Popovic, has put into motion his first roster moves ahead of the new year. As such, 15 players have either seen their loan agreements end or are now out of contracts and looking to sign elsewhere as free agents, while five core players are set to return to Fury FC for the 2019 campaign.

The following 15 players will not be returning to Ottawa next season: goalkeepers Maxime Crépeau and Callum Irving; defenders Clément Bayiha, David Edgar, Daniel Kinumbe, and Thomas Meilleur-Giguère; midfielders Sergio Manesio and Cristian Portilla; and forwards Gabriel Balbinotti, Steevan Dos Santos, Daniel Haber, Azake Luboyera, Adonijah Reid, Jimmy Sanon, and Tony Taylor. Fury FC would like to thank them for their contributions and wish them the best in the next stage of their careers.

However, strong off a culture building year, Fury FC can count on the return of five of their core players for the new season, all still under contract leading into 2019. Canadians Jamar Dixon (midfielder) and Nana Attakora (defender) will be back on the pitch at TD Place, alongside Aylmer native Maxim Tissot (defender) who is expected to make a full return to action by season kickoff. High impact players Onua Obasi (defender) and Kevin Oliveira (midfielder) will also wear the black and red again comes spring.

More roster moves are expected in the months to come, ahead of the 2019 training camp opening in January, and will be announced as they are confirmed.

Contract discussions continue with Fury FC veterans Carl Haworth and Eddie Edward, as well as Chris Mannella, David Monsalve and Jérémy Gagnon-Laparé as de Guzman works toward finalizing the team roster for the 2019 training camp, which opens in January.